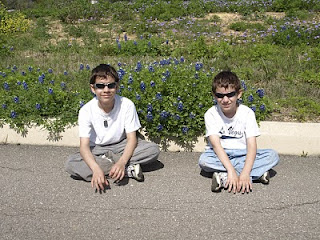 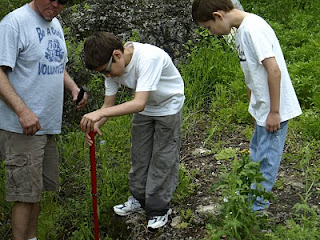 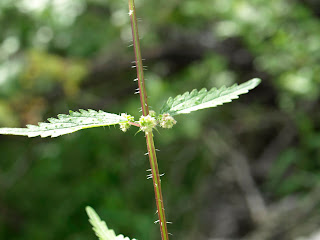 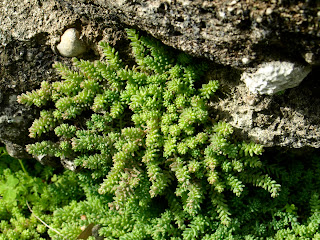 The next week I was on the road delivering milkweeds to the Balcones national wildlife refuge. I spent the night in San Antonio where the following morning I drove to the hills with my nephews and their father to repatriate a species of sedum that for now is only known from a small rocky outcropping. I found this species several years ago and for years grew it at home. So far no one can identify it to species so I’m taking the initiative and start the procedure to submit it as either a new species or one that is not known to grow in Texas.
It was good to get my nephews (Nick and Tim) into the bush, get some dirt in their fingernails and introduce them to a number of plants they’ve never heard of. My bother-in-law - Mike, and I wore shorts and were subjected to repeated stings from stinging nettle. After a while the sensation on the legs is that of numbness. These species are minor nuisances when compared to bull nettle (which is in a different plant family). The hairs on the nettle act like hypodermic needles, injecting chemicals such as histamines and acids that cause a reaction on the skin. Nettles are high in vitamin A and protein and lose their stings after soaking in water. With very little substrate on the outcropping we had to use soil from the trail to cover the sedums to protect their roots until they rooted into the rocks. Developers have built up to the very edge of the outcroppings where I use to find solitude as a kid. The recession seems to have slow down their destruction for now.
Posted by Rogue Botanist at 18:59 No comments:

On the road here there and everywhere 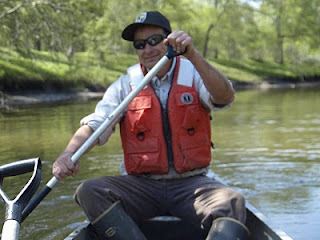 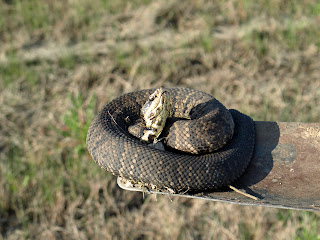 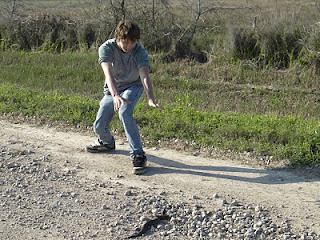 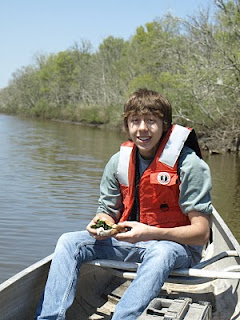 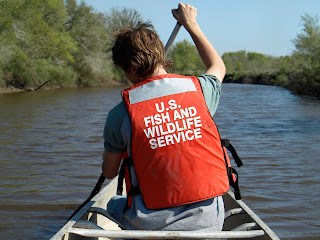 On occasion I get into cycles where for a few weeks I am pressed for time from sun up to sun down. These last few weeks were particularly daunting albeit very fulfilling. It started with meetings that require no less than four presentations from prescribe burning invasive weed control. It never fails – I spend dozens of hours on presentation and each is presented within thirty minutes. Josh, my 15 year old buddy from Lubbock, flew down for spring break and somehow I fit time in for him. He’s an avid fisherman and I’m not so for the most part I’m either the driver or paddler. Throw in bushwhacking in the bottomlands and slaughtering Zombies on the Left4dead 2 video game and we managed to fulfill a spring break that otherwise would have been spent languishing in dreary Lubbock, TX।

The visit ended at Padre Island where we and Joshua’s’ grandmother spent a Saturday morning picking up garbage at the Padre Island National Seashore. From there Josh and his grandmother drove back to Lubbock.

Posted by Rogue Botanist at 21:36 No comments: