I work for the Man - The Feds in an under-the-radar agency called the U.S. Fish and Wildlife Service. Before I got the job as a botanist I never heard of this agency. "Botanist" seems like a misnomer sometimes because I get backlogged with IT business, invasive weed control and getting backed into a corner where I have to do other peoples work for them. On occasion I dabble in wildfires and prescribed burns. The profile photo is of me somewhere on a fire in West Texas last year. I can hang with the youngin's but the morning after is murder on my creaky bones.

I'd say the UFWS is the best government natural resource agency to work for because the people are close to nature and sometimes the only ones standing between mother earth and the earth rapers.
Posted by Rogue Botanist at 21:03 No comments:

No matter how honorable, moral and compassionate you are, if you're an atheist in Texas most folks think you are Satan. But despite my "disbelief" many people do call me friend. I was told once by a Christian that I surprised her because I'm too nice to be an atheist. As if not believing in a make believe entity automatically puts me in the same company with serial killers and terrorists. Don't bother arguing the existence of a god with a Christian, Muslin Jew ect... You'd have better luck finding the end to a Mobius strip.. I'll give the Hindi some credit though - at least they try to emancipate themselves from ignorance. That's the partial definition of Nirvana, quite different from the mainstream version: a perfect state of pleasure. Some say never obtainable but I found it many times in the last four years.
Posted by Rogue Botanist at 20:10 2 comments: 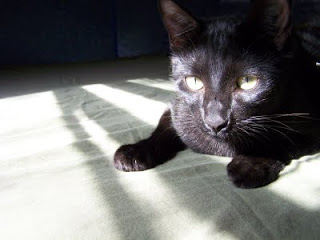 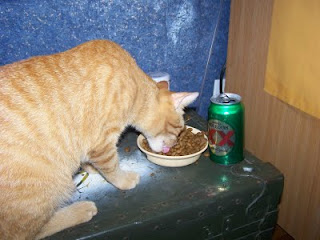 Kahn showed up at my door one day in 2001. He's 1/2 Catahoola and 1/2 Boxer. He use to be Super Dog but after eight years he's finally slowing down. Still is hyper though and the biggest wuss you'll ever meet.

Othello is the smallest (50 pds) but the Alpha. He's mostly Australian Shepard

Mr. Spock was captured as a puppy in the woods on Federal land. He's the mellow one.

Doobie was found on a back road in a box with his dead brother/sister kittens. A few more hours and he would have been wild hog food. He's a monster now, maybe 16 pounds.

Motor Head (with beer) was found in a car's engine after it traveled 20 miles. He's a little stunted physically and mentally and knows his daddy is his slave.
Posted by Rogue Botanist at 19:55 No comments: