A year to the month that Doobie passed on I was given the opportunity to care for another cat.  “Doobie Jr.” was hanging around a trailer near the Brazoria NWR and fed daily by a summer intern.  Since she was leaving town and heard from the refuge biologist that I wanted a black cat, she contacted me about the adoption.  I picked Doobie Jr. up the next morning; a mile from where I found Doobie Sr. 6 years ago.  I don’t think it's far-fetched to believe that Doobie Jr. came from the same lineage.  He has the same body type, is congenial and “gurgles” when he’s about to jump on the bed to sleep with me.  He is growing accustomed to his siblings but will still hiss if they get too close.  After a day or two I could leave him outside all night and I’m sure he has marked out the boundaries of his territory.  He’s about 6 months old. 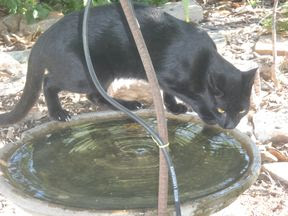 The Bastrop Complex fire consumed over 1300 homes and 34,000 acres in a swath south of Bastrop Texas.  Moving from the east, it jumped the  4-lane state highway 71 and continued into a subdivision.  There was no logic in the way houses were engulfed by flames.  Fanned by 40+ mile winds the fire would destroy one home yet leave its neighbor intact.   Local firemen told us this was going to happen but their advise to thin heavy brush in the neighborhoods was ignored.  We could only speculate why houses burned that had brick walls and metal roofs.  Perhaps the super heated air and firebrands entered through side vents of the attic?
We got the call but like many of the hundreds of firefighters mobilized were too late to help other than mop up small fires or chainsaw trees that were a falling hazard.  Residents continuously thanked us for saving their homes but we had little to do with it.  Still, it was a comfort for them knowing we were there.  Three days later the returning residents sifted through ashes for anything to connect to their past. 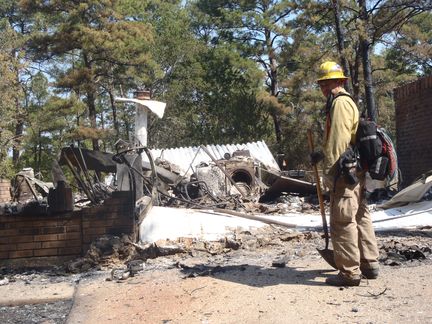 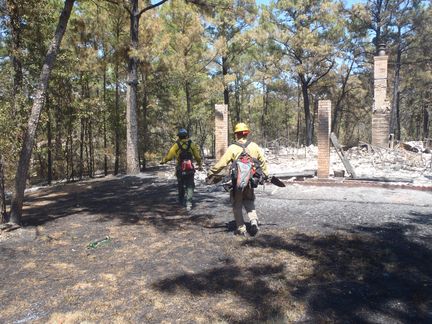 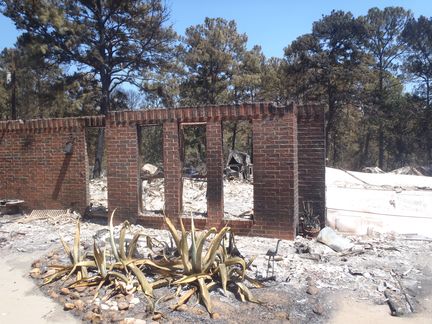 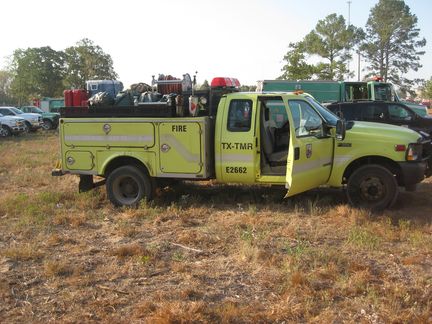 Coworkers Steve Foster (sawyer) and Matt Callahan (swamper).  Matt is hammering wedges into the cuts made by Steve. These wedges direct the fall of the tree as they are further hammered in.  This tree was a falling hazard because most of its base was burned away.  Clearing away brush from the perimeter allows for a quick exit.

Posted by Rogue Botanist at 14:44 No comments: 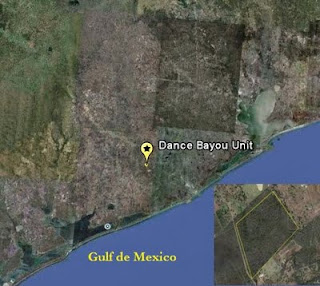 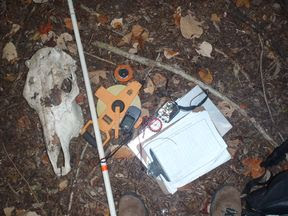 Background: the "Austin's Woods Conservation Plan" led by the U.S. Fish and Wildlife Service is a mandate to preserve the bottomland hardwood forests south of Houston known as the Columbia Bottomlands which spans the Colorado, San Bernard, and Brazos River floodplains. It is a critical stopover and staging habitat for Nearctic-Neotropical migratory landbirds.

Despite temperatures at or above 100 degrees the field work is better than rotting away in an air conditioned office. I was asked to continue a project by the United States Geological Service which entailed correlating habitat change with an increase or decrease of migrating neotropical birds. Originally accomplished by crews I was left on my own to conduct this monitoring of 41 sites in the bottomland hardwood forests of my Complex. Each site has 30 variables to measure to include tree diameter, woody species height, snag diameter, canopy gap, plant species inventory, presence of an oxbow or bayou, canopy cover, size of woody debris, herbaceous cover and wet or dry litter. All within 3 meters along a 50m measuring tape. Laying out the tape is no walk in the park with more often than not a lot of bushwhacking, crawling, neck raked or head gouged by braches and briar. I learned my lesson after the first day to spray my feet and calves with bug repellent less I continue to scratch from chigger infestation. A yellow jacket stung the back of my arm but rarely swell up from the sting of this species of wasp. 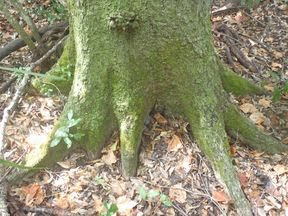 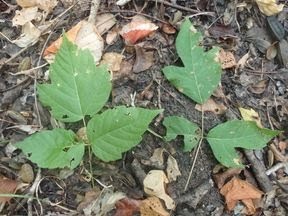 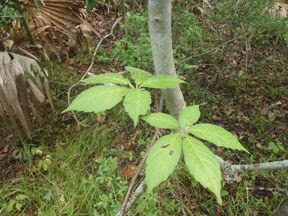 Virginia creeper (Parthenocissus quinquefolia) is in the grape family but the fruit is inedible for humans. 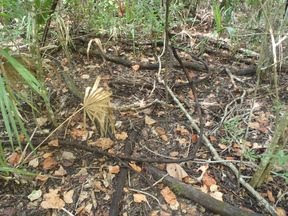 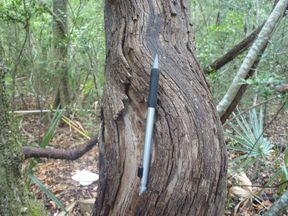 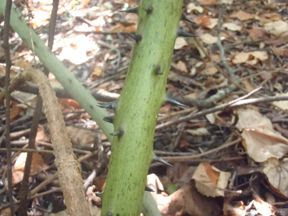 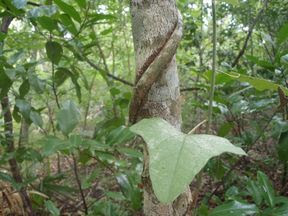 Carolina Moonseed (Cocculus carolinus) is a common understory vine. In this picture the vine is entwining so hard that the tree is starting to grow around it. Moonseed berries are red and eaten by birds but are toxic to humans. 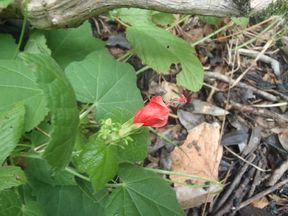 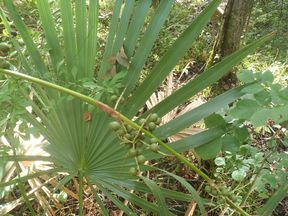 Posted by Rogue Botanist at 22:36 No comments: