The State of the State


We watched from twenty-five meters out. The patrols were constant but predictable at the fence separating Coleman from Concho County.  They were loud and by the sound of cans thrown to the ground, also drinking beer. Still, given enough rounds even the inebriated can hit a target by luck with a .50 caliber machine gun.  Although illegal by interstate treaty, we knew the fence was electrified with mines buried beyond the road.  Disabling the electricity was the easy part.
I huddled the five girls together behind the Humvee inside the mesquite grove. They were Hispanic immigrants caught behind enemy lines. I repeated the plan I had given Josh and Conner minutes before.  Both stood watch with AR-15s a few meters from our position.

Linda, the oldest in the group at fourteen years old, spoke up. She was heavy with her first child and wise for her years.

The girls stayed together with me as Josh and Conner drove the Hummer onto a back road behind the grove.  Moments later, they appeared on the main road by the fence.  Stopping, they exited the vehicle but left the lights on.  Both wore the uniform of the Liberty National Guard – camouflaged with prominent yellow crosses on the helmet and right breast pocket. They smoked cigarettes to give an impression of little concern as the elevated cameras rotated in their direction.

Josh reached into the hummer to turn on the EMP emitter.  It fried all electronics within 50 meters except for our shielded gear. Lights out on the hummer was our signal to run for it and hope our intel was correct in showing no mines on our path.  I heard the JF dualies from a half click out as we approached the fence.  With the fence cut, the girls passed through.  I followed the last girl out with my men in trace just as enemy vehicles approached within 50 meter of our position.

By U.S. law we were safe inside Texas but the JFs followed their own twisted version of God’s Law. They fired their roof mounted 50-cals.  Anticipating this, Connor remotely activated claymores by the disabled Humvee.  The blasts rendered the JFs to slag and body parts.  Family members rushed to meet us 200 meters inside friendly lines.  Linda’s aunt embraced her, giving me grateful acknowledgment when our eyes met.

II.
One year ago, the country was preparing for the national election of 2020.  Confidence was high for removing President Trump from office after his impeachment acquittal.  The lapdog senators who saved his bloviating ass did so over such incriminating evidence that not even Fox News editors could spin it in their favor.  The GOP though would pay for this as they were taking an ass whooping at the polls with Trump’s support waning to 30% – his most hardcore supporters.  Then white separatists walked into a D.C. restaurant with suicide vests to frag Nancy Pelosi and Chuck Schumer as they dined together. Within an hour, President Trump declared a national emergency and marshal law across the country. Even in the ensuing chaos, the Democratic leadership and several of the Supreme Court justices suspected Trump’s actions were too immediate and scripted to be coincidence. Then, white power sleeper agents took out the progresses on the Supreme Court along with Chief Justice Roberts. The surviving members approved arresting without probable cause and suspended Habeas Corpus.

In the following weeks, the military remained a pacifying force throughout the country until sleepers within its ranks diverted troops back to their bases to fight uprisings. As the smallest and most honorable branch of the military, the Marines had no decent and traitors were almost negligible in the Air Force, Navy and Coast Guard.  The Army, with its heavy recruitment of low educated white men, was another matter.  Skirmishes with separatists in Army bases had opened vast power vacuums throughout the country.   Newly appointed Chief Justice Mike Pence rubber stamped all decrees from the president whom remained out of the public’s eye. The national media was relegated to reporting about his tweets or from occasional press briefings with Vice President Pompeo.

Conservative leaning states were quick to follow up on the court’s draconian rulings.  Jesus freaks controlled their National Guard and with local militias rounded up protesters and razed women clinics. Legislators then enacted laws strictly adhering to biblical teaching.  Women could only worked in the fields of janitorial, nursing and food preparation and only under supervision of a male minder.  Rape was acceptable if the rapist admitted to preforming it to start a family.  With abortion outlawed, mortality rates from self-termination skyrocketed. Alcohol and cigarette consumption were for men only.  The use of cannabis was punishable by death. The Texas governor overplayed his hand, believing he had the conservative votes for similar laws.  This prompted citizens in progressive regions of the state to vote for legal separation, as authorized by a clause in the 1845 annexation agreement with the United States. The forming of New Texas was followed suit by two conservative regions calling themselves the states of Liberty and Freedom. The latter tried to usurp Fort Hood only to be repelled.  The Army base then carved out a federal enclave. Its ranking officer, General Schools, correctly assumed the president was too impotent to counter his decision. After stabilizing its ranks, the Army high command maintained a secret pact with the other services to ignore the president’s orders.  Made easy due to his degraded mental state.

This is where I came in, Thomas Adams – former Marine sergeant. I retired from my job as a botanist with the U.S. Fish and Wildlife Service when the shit hit the fan. My plans were to sit this out in the west Texas desert, raising chickens and smoking weed. Former military contacts convince me this was bigger than myself.  The largest cities within Liberty and Freedom – Fort Worth, Arlington and Lubbock felt it was imperative to stop the hemorrhaging of brainpower to New Texas by any means necessary.  Scientists and engineers were fitted with ankle monitors, becoming prisoners in their homes.  They had the knowledge to hack those monitors but escaping was beyond their skill set. Rescuing them then expanded to liberating enslaved women.

III.
In the months that followed, I led a dozen or more incursions into Liberty and Freedom.  During this time, I noticed a degradation of infrastructure and panic as food stocks and medicine dwindle.  The central governments continued to assuage the populations with false propaganda while eschewing assistance from the federal government.  Neither state was able to maintain the luxury of well-stocked groceries or reliable petroleum for farming and transportation without the means to refine oil into gasoline and diesel.  Without the federal bailout of years past, farmlands were turning fallow or abandoned.  Those who escaped by themselves to the state boundary were usually caught and executed on the spot, blown up in the minefields or electrocuted on the fence. Eventually, the economic situation on the ground became untenable.

IV.
I now sit in an armored vehicle driving through Lubbock, the former capitol of Liberty.  I am security for the delegation to integrate the state back into Texas, as it was calling itself now. Looking out the vehicle’s window, I see people lynched from light posts.  The charred remains of the Liberty or confederate flag melted around their bodies. Former politicians?  Our convoy includes twenty-five 18-wheelers loaded with food and medicine.  They veer off to Jones AT&T stadium for distribution to the starving masses.  Similar events are occurring in Freedom. 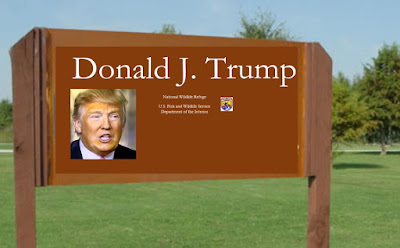 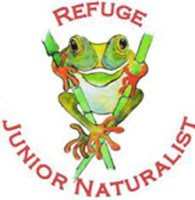 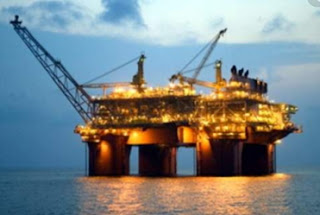 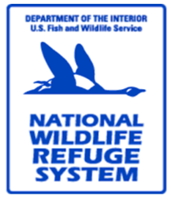